Olympic Games anniversaries are special milestones. As we reach 10, 25 and 50 years since our participation in the Olympic Games, it is important that we take time to reflect on our Olympic journeys. These are often emotional and significant moments, regardless of the performance on the field of play. This year, for the first time, we decided to take this opportunity to thank Team Canada Olympians for your ongoing contribution to the Olympic Movement, reminding all of us that Olympian Legacy extends beyond our contributions as active athletes. 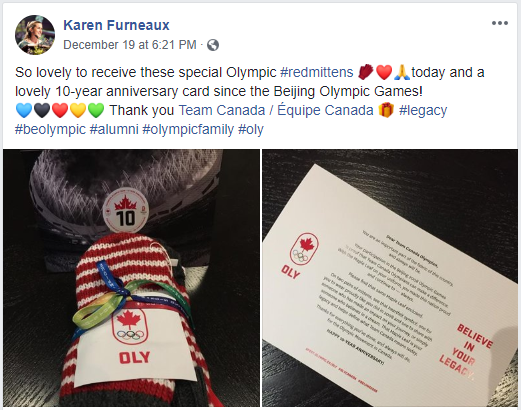 2018 marked ten years since the Beijing 2008 Olympic Games and 50 years since the Grenoble 1968 Winter Olympic Games and the Mexico City 1968 Olympic Games. To help Team Canada Olympians celebrate these Games anniversaries, we mailed two pairs of Red Mittens and an anniversary card to all team members. One pair of mittens is meant to be a gift for the Olympian and the other is to give to someone who greatly influenced the personal Olympic journey. We recognize that being a Team Canada Olympian impacts your lives beyond athletic competition – it shapes our careers, families, hobbies, life choices. You carry the Olympic Movement into many aspects of your lives. And for that, we wanted to say thank you. 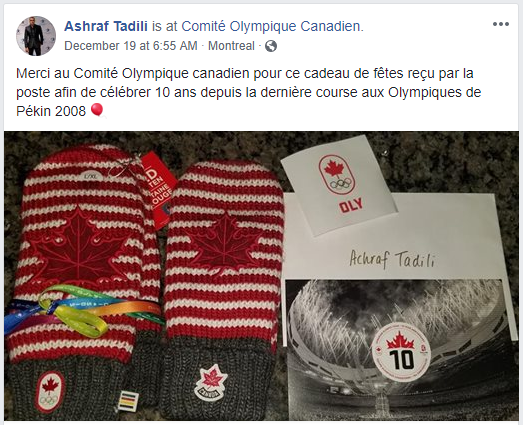 We look forward to celebrating the 25-year anniversary of the Lillehammer 1994 Winter Olympic Games in 2019. From our Olympic family to yours, happy holidays! 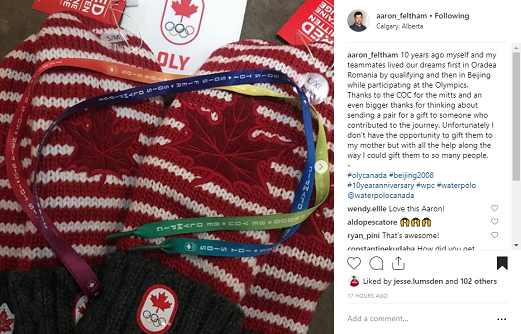 Notes and highlights of the OLY Canada latest and greatest for March & April 2022.

This program is designed to advance the Olympic Movement by providing financial assistance to Team Canada Olympians leading impactful projects that aim to build stronger communities through the principles and values of Olympism. Read more about the the recipients of the 2021 OLY Canada Legacy Grant.